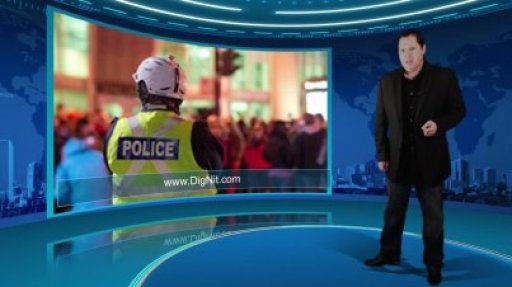 Let me start by quoting two great men and a crook that died the other day.

"The issue today is the same as it has been throughout all history, whether man shall be allowed to govern himself or be ruled by a small elite." -- Thomas Jefferson

When asked if his payments to politicians had worked, Charles Keating replied, "I want to say in the most forceful way I can: I certainly hope so."

When asked outside of Independence Hall if we have a republic or a monarchy, Benjamin Franklin replied, "A republic, if you can keep it."

Well, here we are, aren't we? Right at the point where we are about to find out whether we can keep it or not. The Supreme Court has decided that a small amount of people will get to control our entire political system. Which politician or political party can resist hundreds of millions of dollars put in at once? Maybe one person can resist, maybe one party can resist for a small period of time, but eventually they will succumb.

Justice Anthony Kennedy destroyed our republic. We knew Alito, Scalia, Roberts and Thomas were corporate robots. We knew they were going to say disingenuously that corporations or billionaires pouring in millions into our politicians' pockets wouldn't lead to corruption. What an unbelievable joke. But it turns out that Kennedy was the biggest joke of all. He claims that millions in campaign donations won't even result in the appearance of corruption. Can anyone with a shred of intelligence honestly believe that?

So, it was nice while it lasted. Democracy at the national level is dead now. We have replaced it with an open auction. This will not at some future date lead to a worst case scenario. We're already living in that scenario.

You don't have to worry about the top 1 percent. Now, the 0.00024 percent of the country who donate over a $100,000 to politicians will rule us all. Because even the federal limit of $123,200 per election cycle has now been eliminated by theMcCutcheon decision. They can now spend unlimited money "contributing" to our politicians.

So, how do we escape this worst case scenario? Congress is corrupt and the Supreme Court is even worse. Luckily, there is one thing above them -- the constitution. Every generation of Americans has amended the constitution so that we may have a more perfect union. Except one. Us.

We must get money out of politics. We must amend.

At The Young Turks, we already knew how bad the situation was because every political story we covered had the same exact answer -- find which side has more money and you'll know who is going to win. So, I founded Wolf PAC, which has onlyone, unstoppable mission -- amend the constitution to get the corrupting influence of money out of politics. We're not interested in awareness -- we're already quite aware of how screwed we are. We're not interested in consciousness raising or being a respected institution inside Washington, DC. We're interested in results!

I didn't pick the name Wolf PAC by accident. I picked it so we could be super aggressive. I don't want to negotiate with the power brokers in Washington; I want to tear them down. The lobbyists, the special interests, the donors and the politicians who cater to them are what's wrong with our country. They robbed us of our representative government. It's time we stood up and took it back. Let's over turn their apple cart.

Our founding fathers were geniuses. They put a certain provision in the constitution because they knew that a day like this would come. We have never had to use it yet. But we have threatened it many times and that threat has been incredibly effective just as many times. The clause is Article V of the constitution and it says that you don't necessarily need 2/3 of Congress to propose an amendment. You can have 2/3 of the states circumvent a corrupted Washington and propose a convention to get the same amendment. You don't need Washington at all. 34 states propose a convention for this specific issue. 38 states ratify that amendment. And we have our democracy back.

Now, this is the point in the movie when you say -- but that's impossible. The suffragist movement got women the right to vote when they couldn't vote in the first place. Now, that was impossible. And they still got it done.

Let me tell you what we've done so far without anyone noticing. We have introduced a resolution calling for this convention in ten states and have over 100 state legislators sponsoring and supporting these resolutions all across the country. We have an army of 13,000 volunteers. We are legion and we are coming.

Tell me again what isn't possible.

We were told in Vermont that we had a zero percent chance of getting this resolution passed in the state Senate. That was a week before we got it passed 28-2. How did we turn the impossible into the inevitable? How did we get true bipartisanship on this issue? Well, we have over 90 percent of the American people on our side. Republicans, Democrats, libertarians and independents all agree on only one thing -- our national politicians are bought. When the bills are introduced we get a natural avalanche of support. At the state level, an army of citizens turn out to be hard to resist.

In one of the states where we had success, our volunteers got a politician to do something he didn't want to do. The pressure of angry, concerned citizens clearly switched his position. One of those volunteers wrote me an email afterward and said, "It feels so good to get the power back."

We have gone for so long without being able to affect the course of our government, we have gone so long feeling powerless that we have forgotten what our birthright is. We are born free men and women in this country. If we rise up together, we can be that again.

Join us. Join the fight. Get up, let's get them back!

Become a Volunteer of Wolf PAC

Become a Member of Wolf PAC

Read the article on Huffington Post
Photo courtesy of UCubed