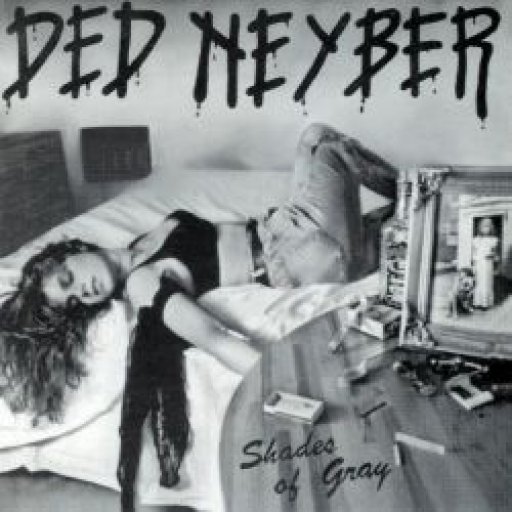 What is a shade of gray? Yes, it's a variance between black and white, but it is also much more. It's the haze between right and wrong, good and bad, true and untrue... all that falls somewhere in the middle of any given subject. We, as human beings, have the knowledge and capacity to see both sides of the coin. Yet, so many choose to only look at the black or white and overlook (through either ignorance or un-acceptance) the many shades in-between. This is what Shades of Gray is about, the unspoken (or to some, unspeakable) reality that is life itself.

This madness in the world that we live in today has escalated to obscene proportions. Children are in fear of going to school because they do not want to get shot by another student. The little old store owner who hides a gun under the counter. The "down on his luck" homeless person that gets arrested for digging in the trash can for his next meal. The corrupt government official who is living quite well off of taxpayer’s money. The drive by shooting that leaves innocent bystanders dead. The innocence of a young girl who's life is slowly being robbed away by drug abuse. These and many other stories like these are shades of gray.

In writing these songs we reveal nothing new, only point to the real, sometimes painful sides of life. Don't look at these songs as negative or positive, but as a neutral reality somewhere in the middle. We are only on this earth for a short while and it would be a waste to go through life with blinders on. We must remove the blinders and take a good look around us, for better or for worst. This is our world and we have the power to change it (good or bad) but he who looks the other way is simply a moron. We are not saying go out and change the world, (although you have the power to do so, if you wish) just take a look at all sides, everything in-between black and white...

the Shades of Gray